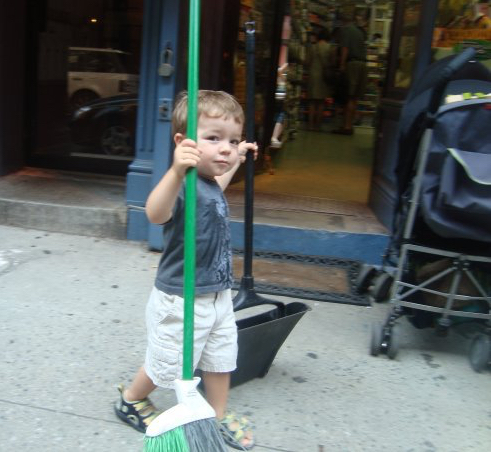 Cleaning up Soho
“Sweeping Broadway requires a certain agility. The sidewalks are crowded and people are moving fast.

Although it’s on one of the quieter streets, Thompson Chemists, a pharmacy on Thompson Street, has benefited from the partnership.

“When we opened in 1993, there used to be homeless people outside my store and so much garbage, it was terrible,” the owner of Thompson Chemists, Gary Alony, said. “What Henry has done, he’s shown there’s a way to help these people and also to help the neighborhood.”

Mr. Alony’s business doesn’t get a lot of extra traffic during the SoHo Stroll, but he still believes in it — and he wishes more of the national chain stores in the neighborhood supported the SoHo Partnership.

“These are the things that unite communities,” Mr. Alony said, “along with bakeries and coffee shops.”

This site uses Akismet to reduce spam. Learn how your comment data is processed.

This is Us – Thompson Alchemists in a Nutshell

Thompson Alchemists in a Nutshell